Today, we were able to lock the x-arm with green.

After the alignment scan of the last night, we brought the ITMX and ETMX to a state where the flashes are large.

Then we checked the PDH signal with K1:ALS-X_PDH_MIXER_DAQ_OUT. The signal seemed reasonable. So we went on to request the ALS_LOCKED state with the X-ARM guardian.

We had to comment out several lines in the DOWN state related to turning off ADS (channel names were changed from the O3 era).

After tweaking the input gain of Gr PDHX CMS and compensating for the associated offset with the common offset slider, we were able to lock the x-arm with green.

As expected from the fact that the arm GVs are closed, the stability of the lock is not so good. Below is the fluctuation of the transmission power.

The vertical axis is tentatively calibrated to be 1 for 333 counts of raw PD output, so that the guardian correctly recognizes the lock loss.
We believe the large fluctuations are coming from the variation of the beam clipping at the GVs depending on the alignment of the cavity. The intra-cavity loss changes with the amount of beam clipping. 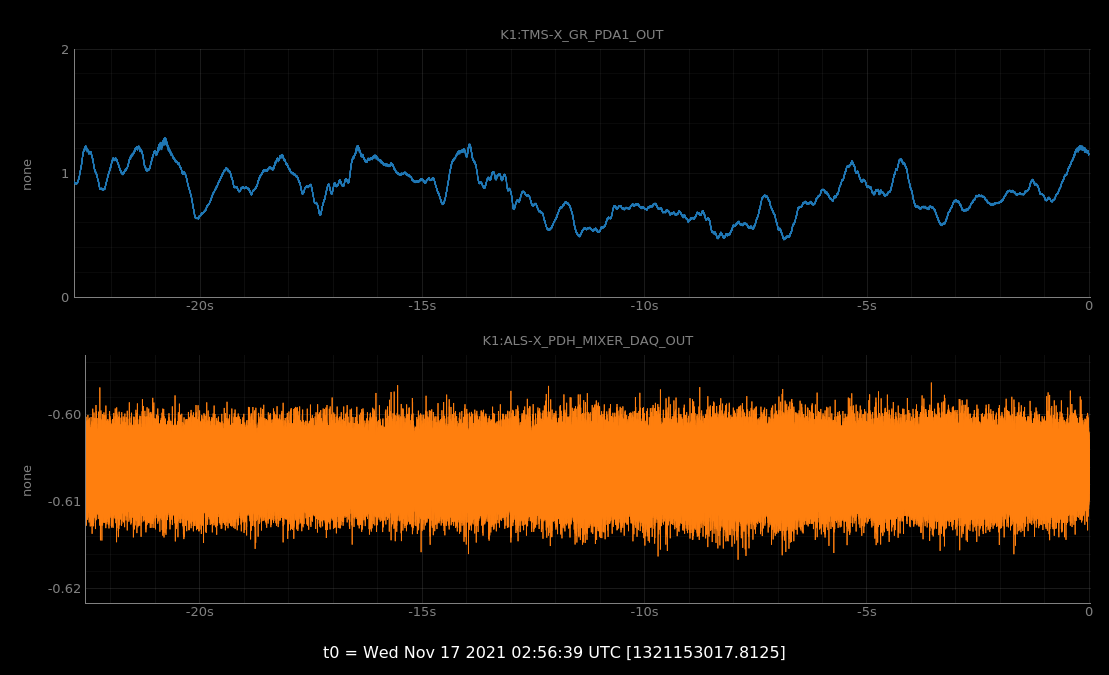 The maximum transmission power observed today was about 600 counts (raw PD output), while it was about 2000 for O3GK.
Therefore, the transmission power was reduced by a factor of 3.
This can be explained by an extra intra-cavity loss of 10% (round trip) with all the other parameters being equal.

With this loss, the finesse becomes 27, while 50 is the designed value.
According to my calculation, the slope of the PDH signal should be smaller by a factor of 3.4.
However, we needed to increase the input gain of the Green PDHX CMS from -6dB to 19dB, about 18 times.
We do not know the reason for this at this moment.

Below is the movie of the TRX beam camera image.

We then measured the open loop gain of the loop using a MokuLab connected to the excitation A of the Green PDHX CMS.

The UGF was around 30kHz with about 30 degrees of phase margin. This is similar to the state in O3GK. 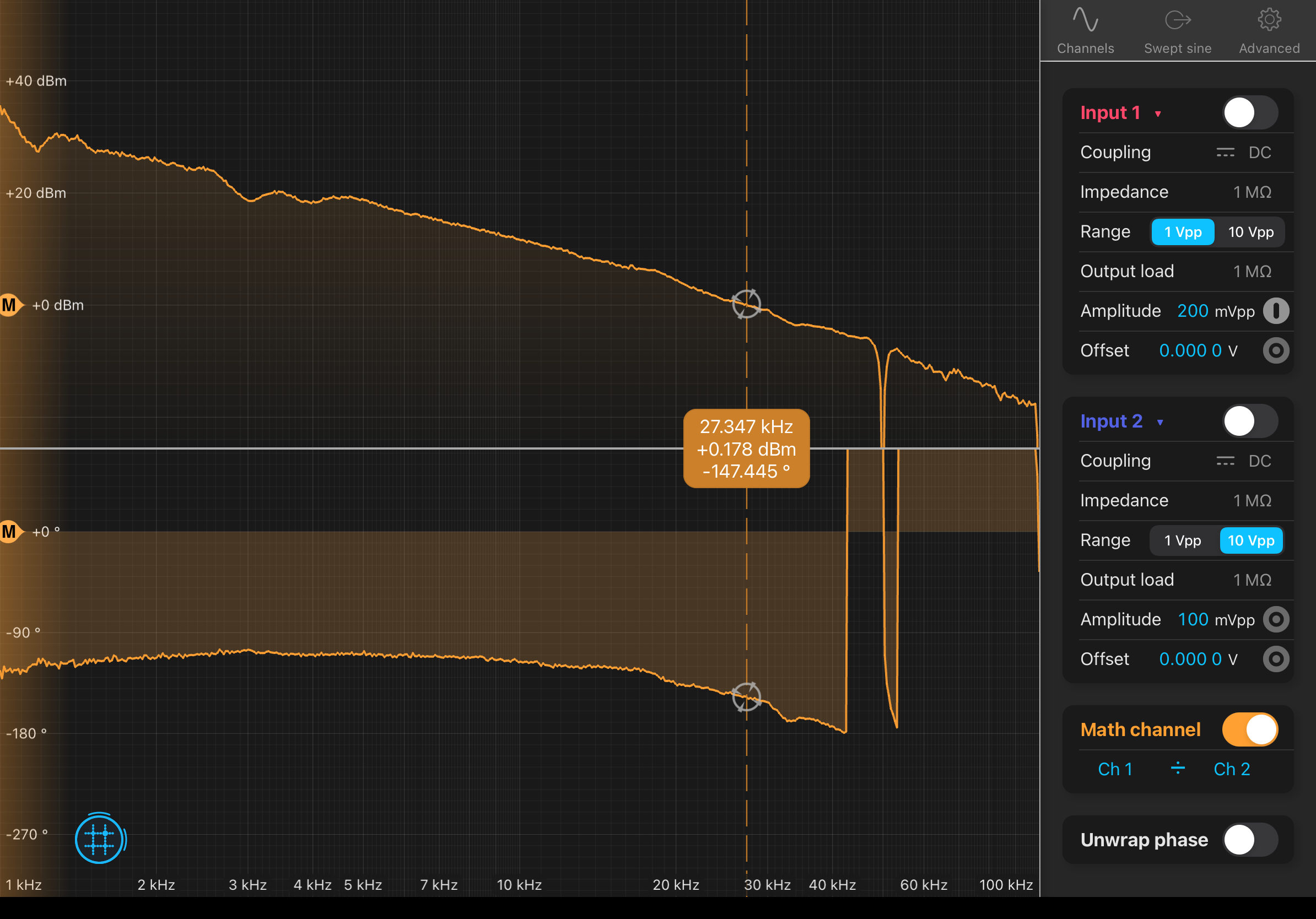 K1:ALS-X_PDH_IN1GAIN was changed from -6dB to 19dB. This should be reverted back to -6dB once the GVs are open.

K1:TMS-X_GR_PDA1_GAIN was set to 0.003 to normalize the output to 1 for 330 counts raw PD output.
This value should be changed once the GVs are opened.

Commented out several lines from the DOWN state of ARM.py. These are ADS related. When we revive ADS, we need to take care of this.

Great! It is actually good to know you can lock the arm cavity even the test masses are in air and with GV.