Satoshi and Kiwamu,
We have left the phase locked loops (PLLs) controlled overnight to see if we see some glitches.
In the past 12 hours or so, we see two types of variations in the noise level and no glitches (delta-function-ish in time domain) have been observed.

Trend Data
Looking at the trend data in this morning, we immediately noticed some variations in the error signals of the two PLLs. Here are some generic observations. 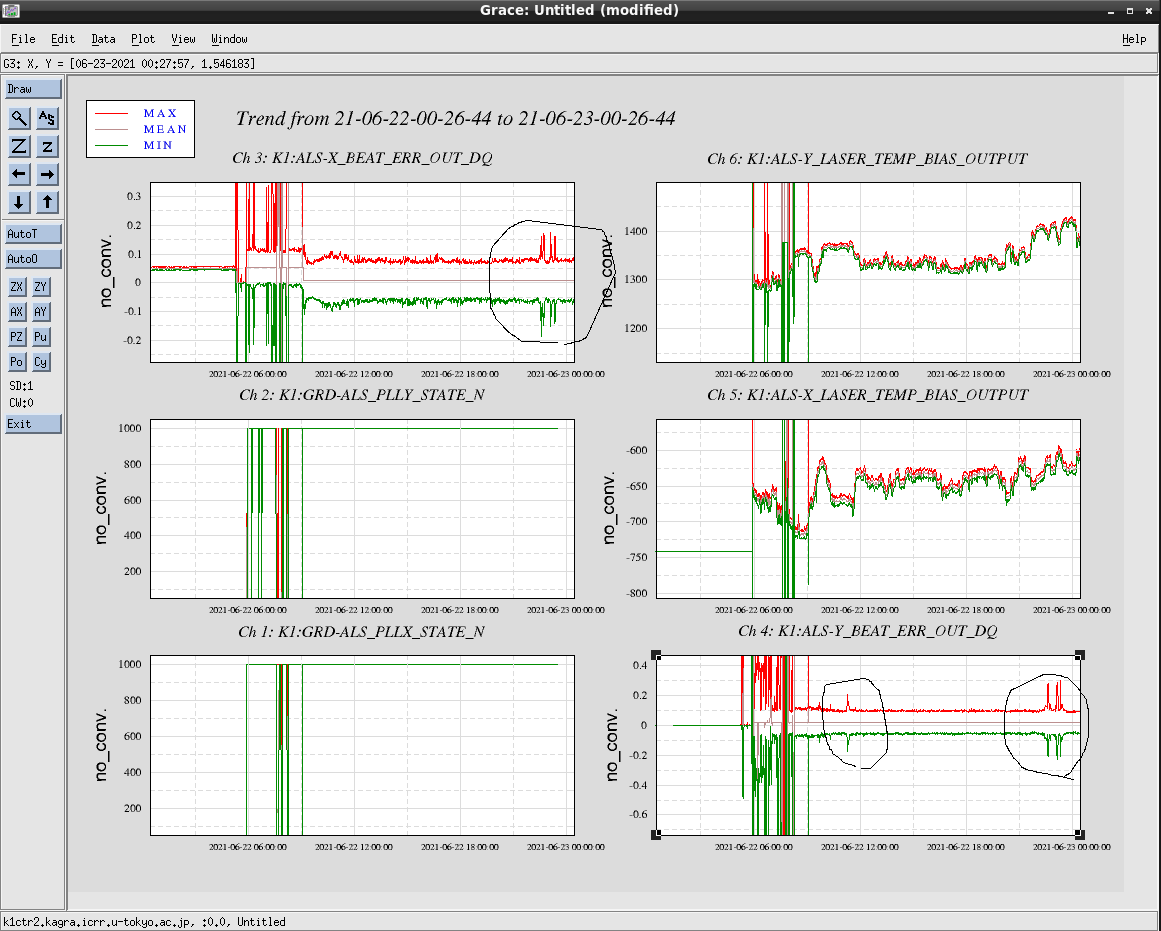 Also the below is the same trend but zoomed into the second noisy window.  The high noise times did not happen at the same time for the X and Y PLLs.
One interesting hypothesis is that the noise level is a function of the laser's wavelength. For example, we could argue that the X PLL phase error becomes noisy when the bias control for the laser Xstal temperature crosses -610 counts or so. The same maybe true for the Y laser going acrross 1380 cnts. However, this hypothesis does not hold when we look into the data further in the past. So probably this hypothesis is not quite true. 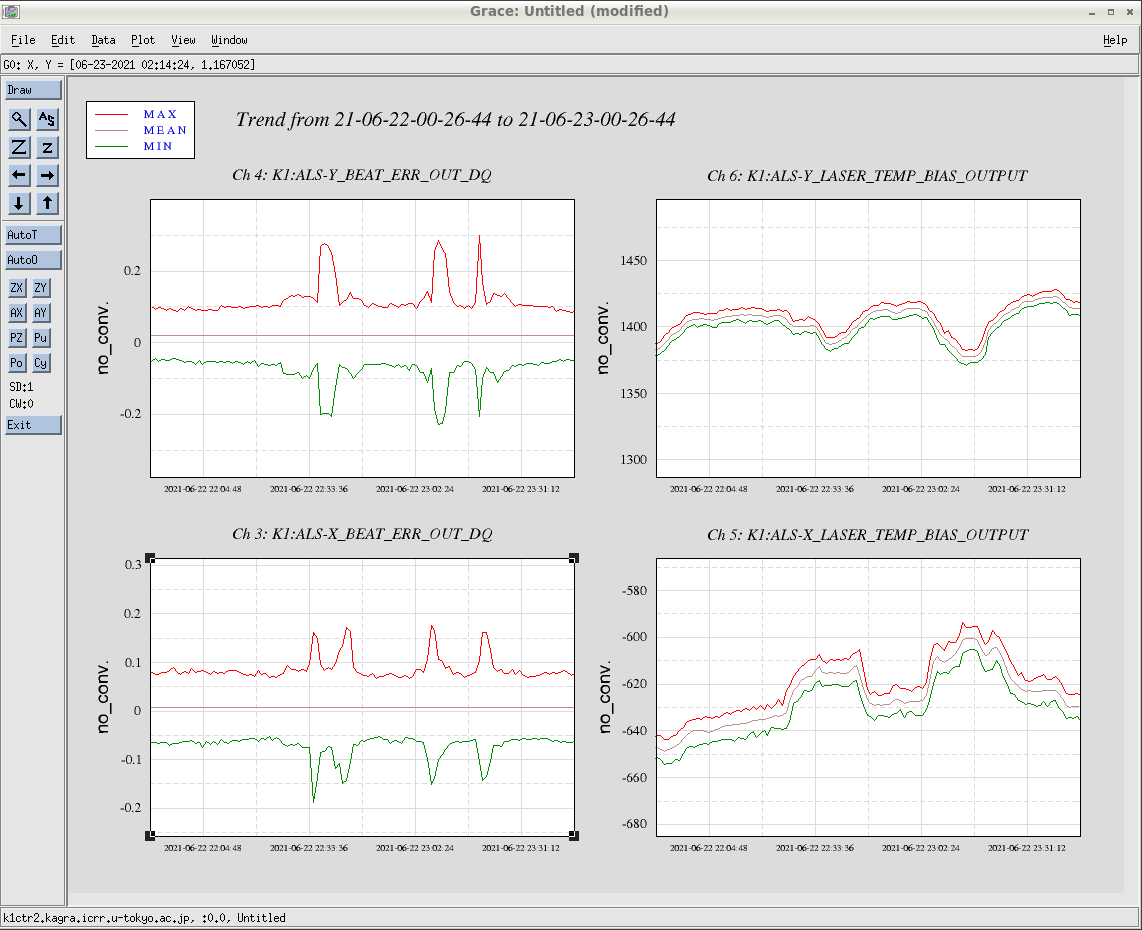 Noise level
When the X PLL showed larger noise level in the last night, it looked like this. 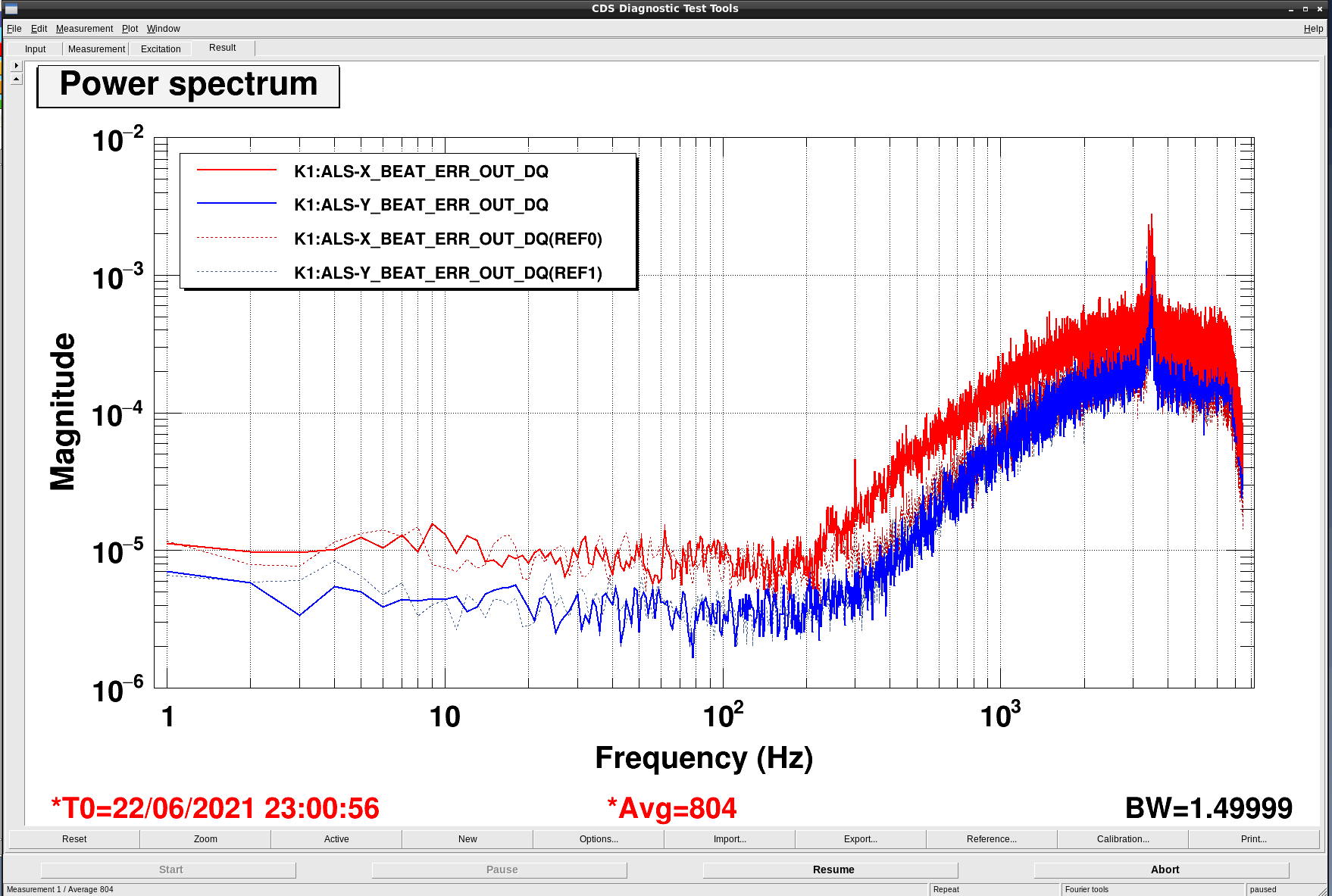 The dashed curves are those taken when the noise was low. It is clear that the noise floor above 200 Hz was smoothly elevated up to 7 kHz. It could be possible that the frequency noise of the X laser became noisier for some reasons. We note that such a behavior was observed in the day time yesterday both in the X and Y PLLs. We have no idea why this behavior showed up only in the X PLL last night.
Next, the below is the spectra when the Y laser showed high noise in the trend data. 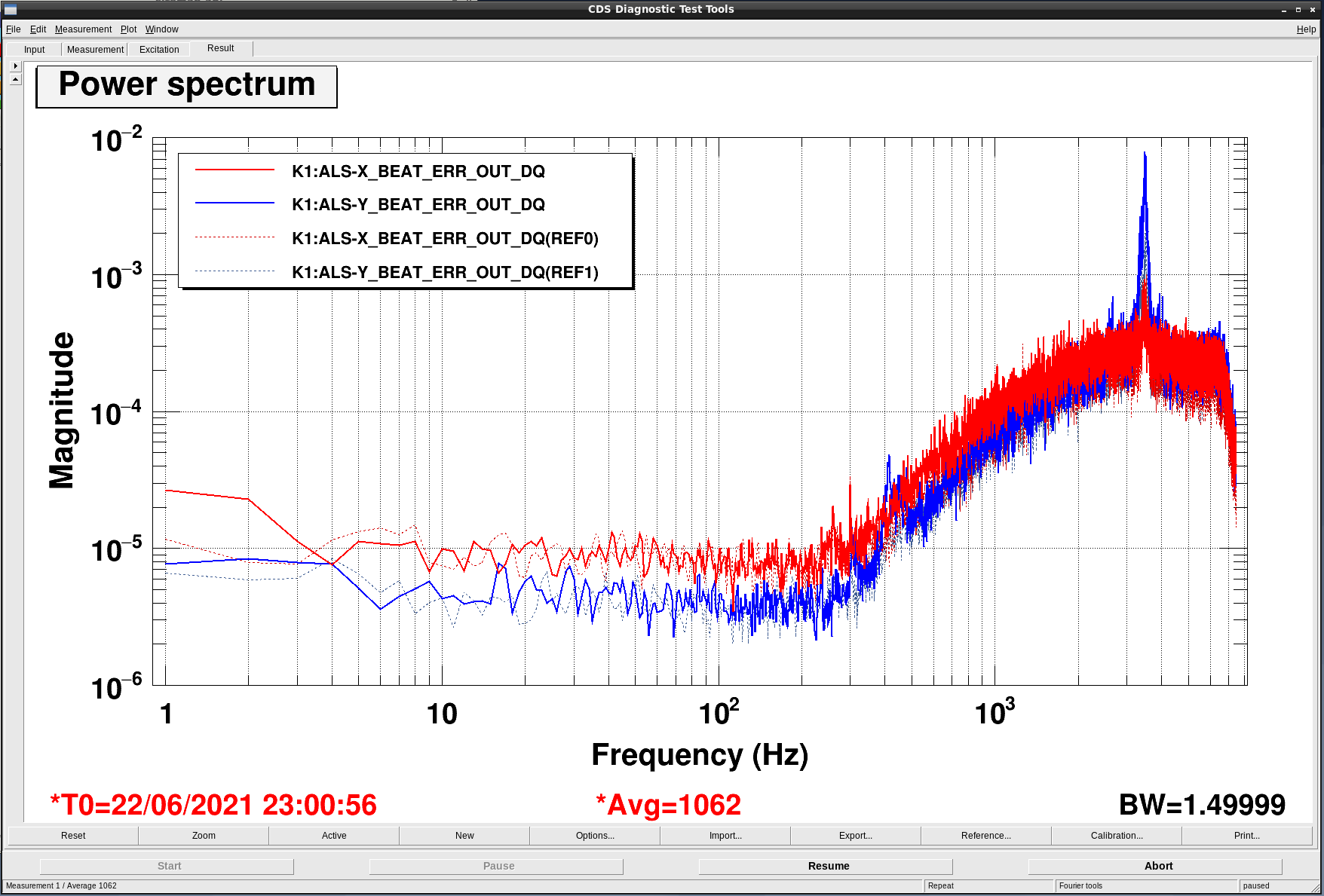 As opposed to the X PLL noise, the Y phase error became noisier because of a developed noise peak at around 3.3 kHz. The fact that there is no high coherence between the X and Y phase errors around this particular frequency means that this is not something common to the two lasers e.g., the main PSL laser. It rather suggests something inherent to the individual lasers or associated optics.

According to our experience (17188), a single glitch event is so short that it introduces white noise in the spectra. Since it acts as additive noise, it usually brings up the noise floor below a few 100 Hz.

Looking into the individual high noise times last night, we have not see such behaviors at all. So we are concluding that there was no glitch event last night, meaning the ALS rack and the place nearby was quiet in terms of electrostatic discharge. This is good.